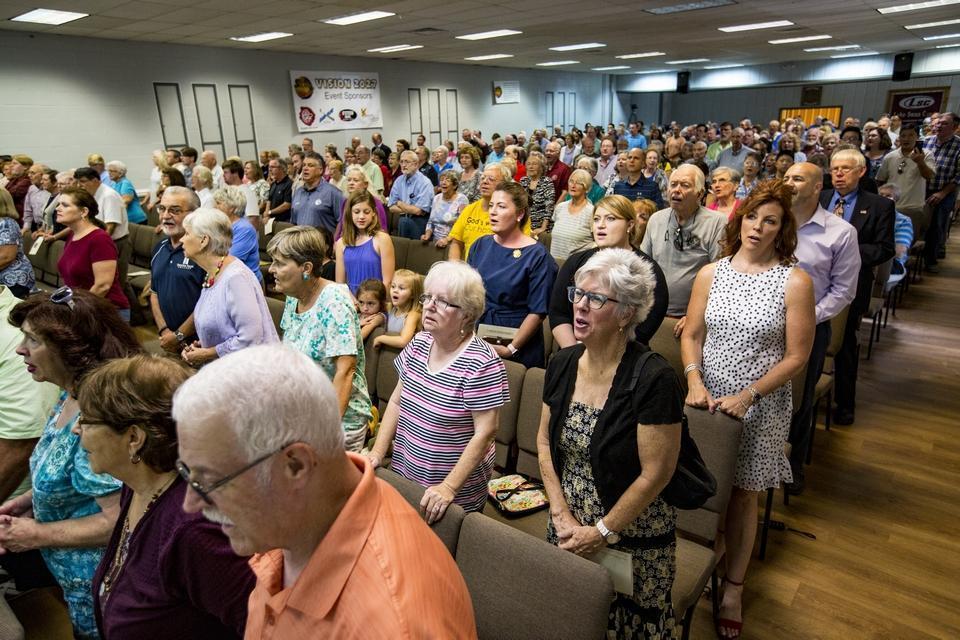 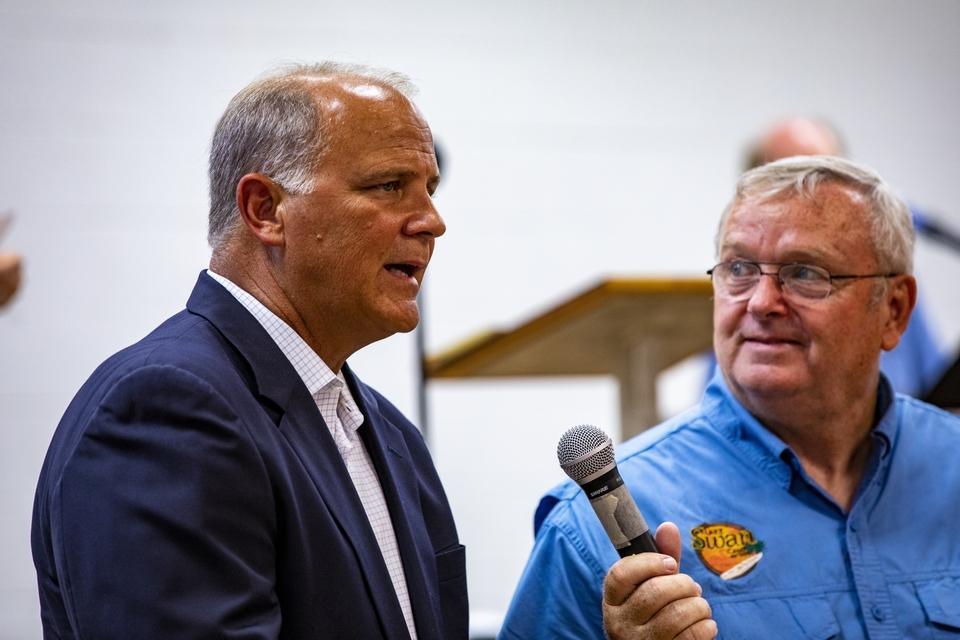 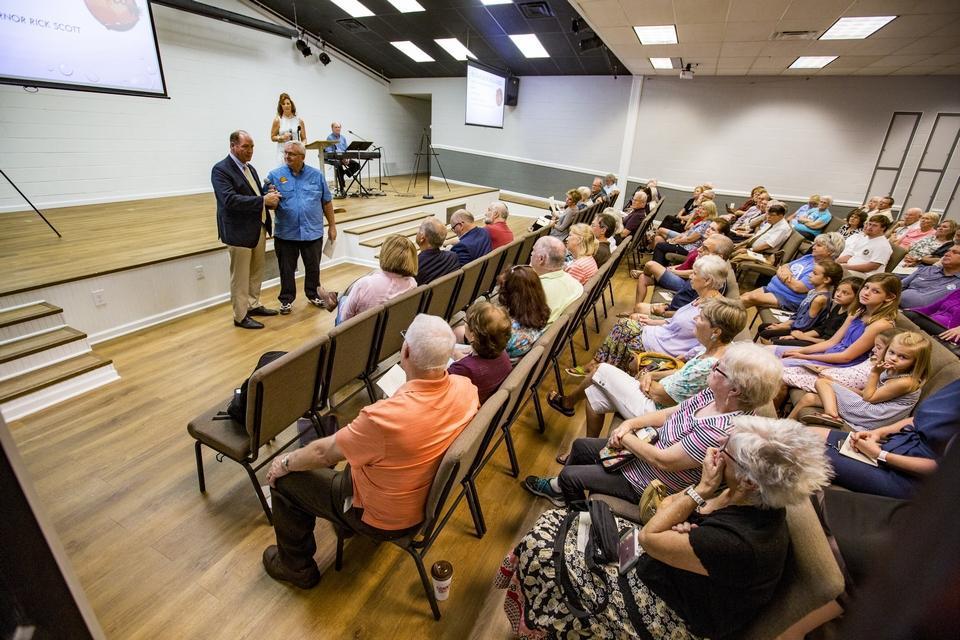 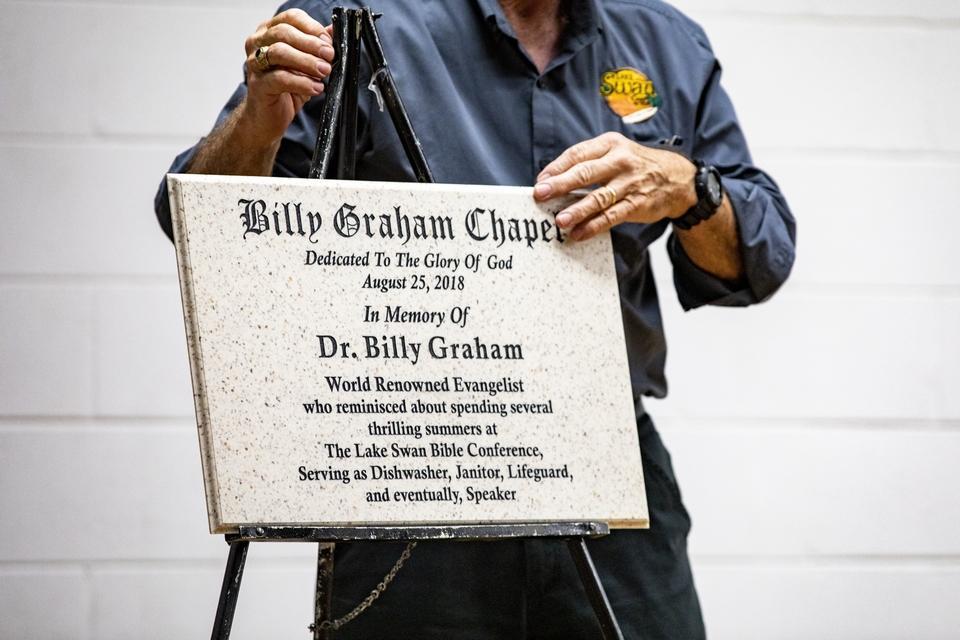 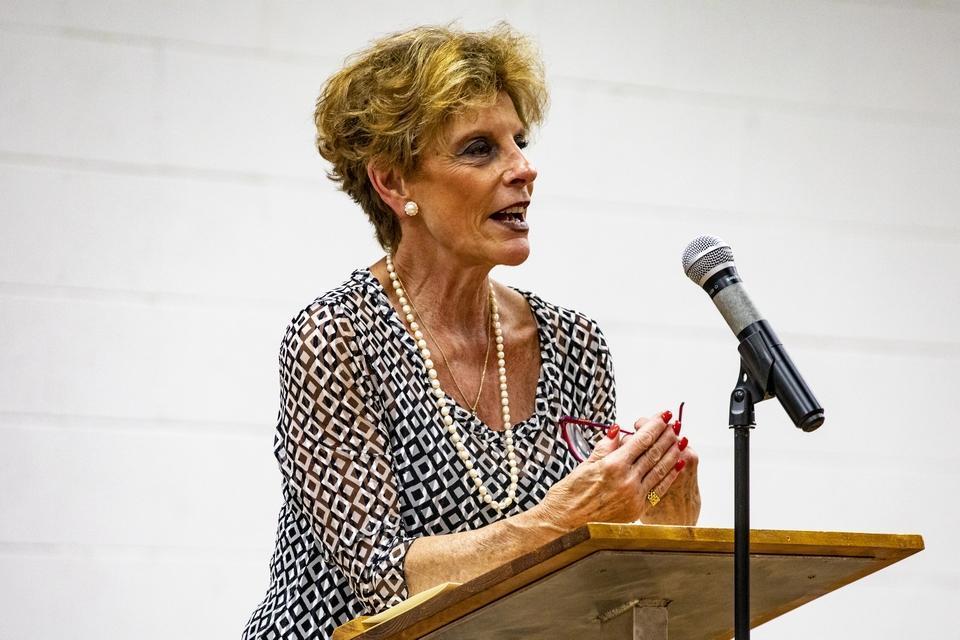 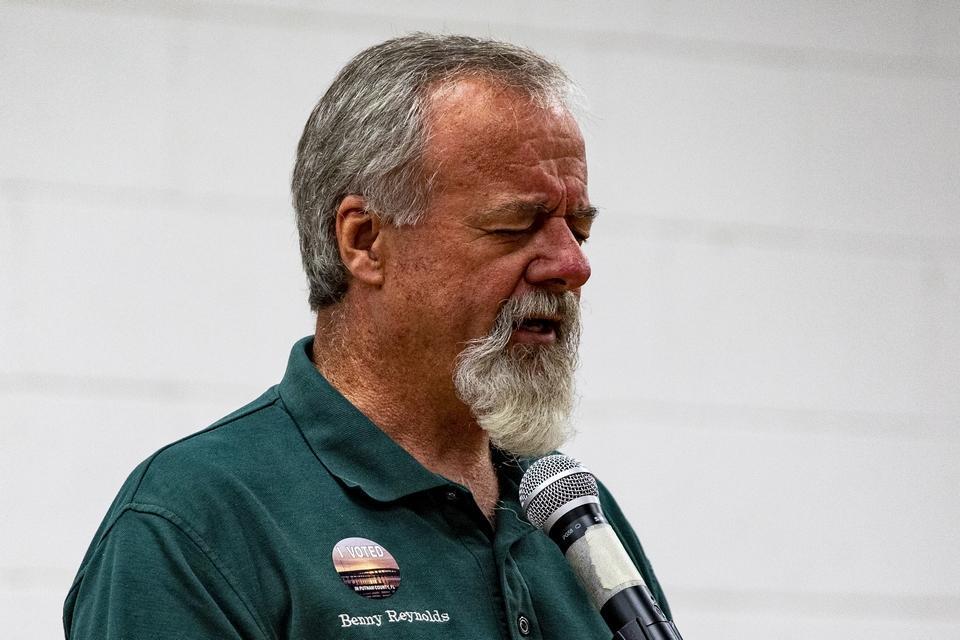 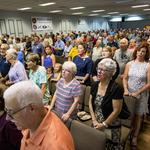 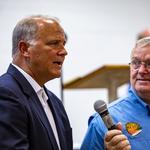 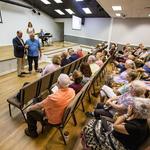 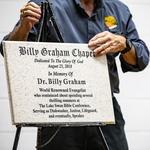 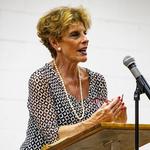 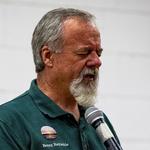 Melrose, Fla. - ​​On Saturday, it was easy to conjure Graham’s melodic, Southern-accented voice booming out a sermon under the trees as speakers at the dedication of the camp’s Billy Graham Chapel including his eldest child — Gigi Graham — recounted Graham’s ties to the camp and to the tiny Pineal Baptist Church near Palatka.

On Saturday, it was easy to conjure Graham’s melodic, Southern-accented voice booming out a sermon under the trees as speakers at the dedication of the camp’s Billy Graham Chapel including his eldest child — Gigi Graham — recounted Graham’s ties to the camp and to the tiny Pineal Baptist Church near Palatka.
​
“He preached to stumps and trees and alligators and anything that would listen,” Gigi Graham said. “He came here to work one summer thinking he would preach and instead he had to wash dishes, mow lawns and was a lifeguard. At the end of the summer, he got to preach.”

Lake Swan Camp on State Road 26 is a Christian complex on a large lake with recreational facilities, lodging, meeting rooms and the Minder Hall/Billy Graham Center — a large hall that could be used for services, conferences and other events.

Programs range from typical summer camps to an aviation camp for youngsters. A men’s retreat is also held, and facilities can be rented for activities.

It was founded in 1927 by Rev. John Minder as a bible conference center. Minder was lauded by Gigi Graham as her father’s mentor.

In 1937 Minder invited him to Lake Swan. Graham returned to the area several times — he was baptized on Dec. 4 1938 in Silver Lake and preached his first sermon at Pineal Baptist in Bostwick.

“He had not preached formally up to this time,” said Perry Rollins, the camp’s executive director. “He said he preached all four sermons in eight minutes and then sat down.”

Graham was the spiritual advisor to many U.S. presidents. He preached on television and wrote a widely-syndicated newspaper column. Graham also drew large crowds worldwide.

Charlotte, North Carolina, was his primary home. But Gigi Graham said her dad loved Florida. The young family often vacationed in the state.

Gigi Graham said she was speaking with a woman after her dad’s death who noted that Graham and his wife, who had died earlier, were now together again. Gigi Graham joked that was not necessarily true.

“Momma always wanted a cabin on a mountainside with a mountain view and a creek beside it,” Gigi Graham said. “Daddy always wanted the Marriott on the beach in Daytona Beach.”

The late Rev. Billy Graham, America’s best-known clergyman through his death on Feb. 21, honed his style standing on tree stumps and preaching to nature at Lake Swan Camp about two miles east of Melrose.